Diwali - the festival of lights

Diwali - the festival of lights

While many Hindus celebrate Diwali, the five-day celebration is observed by people of all religions in India, Sri Lanka, and other nations.

Diwali, also known as Divali or Deepawali, is a five-day holiday celebrated by people of many faiths in many regions of India, including many Hindus, Jains, Sikhs, Muslims, and some Buddhists. It is also known as "the festival of lights".

Diwali is celebrated by many Hindus by burning little oil lamps known as 'diyas' in honor of Lakshmi, the goddess of riches and good fortune. According to Britannica, the lights represent the triumph of light over darkness and evil.

Diwali is a five-day religious celebration. The primary celebration day varies each autumn, according to the Hindu lunar calendar, although it generally falls in October or November. 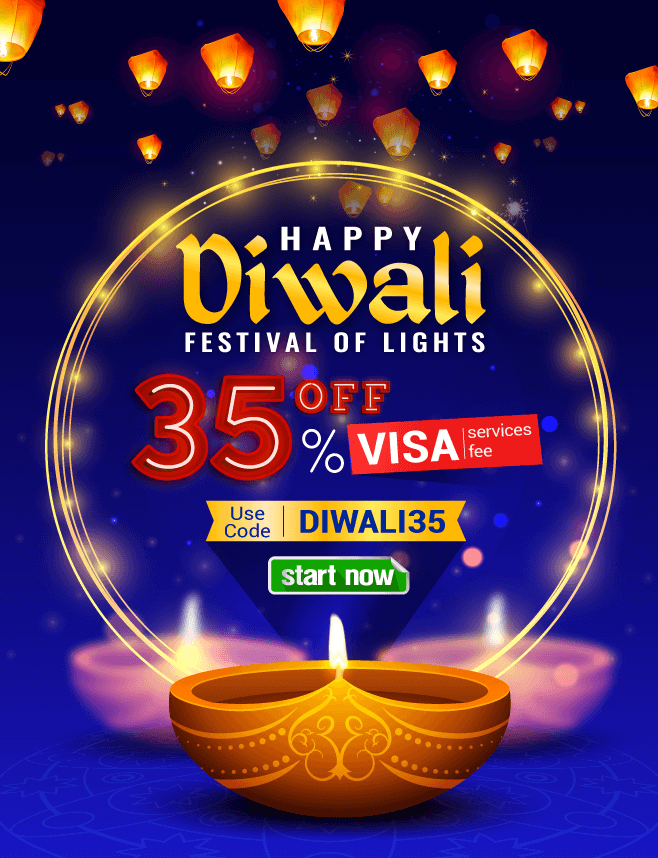 How is Diwali celebrated?

The Diwali festival lasts for five days. Dhanteras, the first day, is dedicated to Lakshmi, the Hindu goddess of riches, prosperity, youth, and beauty. According to India Today, on this first day, people buy new stuff like jewelry, clothes, utensils, and light lamps to welcome Lakshmi.

The second day, known as Chhoti Diwali, Naraka Chaturdasi, or Kali Chaudas, is dedicated to a Hindu mythological account of the deity Krishna and his battle with the evil god Narakasura. Some individuals put up glittering lights to commemorate his triumph on this day.

The third day of the Diwali celebration, known as Diwali, Deepawali, or Lakshmi Puja, is the most significant. People visit relatives and friends on this day to feast and share sweets and presents. People continue to burn lamps and candles to welcome the goddess Lakshmi's brightness and prosperity.

Some Hindus in northern India make little heaps of cow dung on the fourth day, known as Govardhan Puja or Padva, as a representation of how Krishna overcame the Hindu gods' monarch, Indra, by pulling up a mountain.

The fifth day, known as Bhai Dooj or Yama Dwitiva, is a day to commemorate brothers and sisters. Siblings pray for one another in a ceremony known as tilak.

What is the meaning of Diwali?

Because Diwali is associated with numerous religious stories from various faiths, the meanings that people identify with Diwali may differ. In general, it signifies the triumph of light over darkness.

According to History.com, many people in Northern India identify Diwali with the historical myth of King Rama, a manifestation of the Hindu god Vishnu. According to tradition, Rama saved his bride, Sita, from the wicked monarch, Lanka, by constructing a bridge between India and Sri Lanka.

Meanwhile, the fourth day of Diwali coincides with New Year's Day in Gujarat, a western Indian state, according to a Hindu calendar practiced in that region. According to DiwaliFestival.org, people celebrate by adorning their homes with lights and flowers.

Diwali may have a distinct meaning for non-Hindus. According to National Geographic, Diwali "commemorates the nirvana or spiritual enlightenment of the spiritual leader Mahavira in 527 BCE" for adherents of Jainism, an Indian non-theistic faith. Meanwhile, Diwali commemorates the day in the 17th century when the sixth of the ten Sikh gurus, Guru Hargobind Ji, was released from jail.

What do people eat during Diwali?

Diwali is a time for family gatherings and plenty of delicious snacks. Kaju katli, a fudge-like sweet prepared with pulverized cashews and sugar that is occasionally sweetened with rose water, is a popular delicacy. Besan burfi, a fudge-like bar prepared from flour, sugar, and cardamom and dusted with almonds or pistachios, is another favorite dessert in northern India. Jalebi, a type of sweet fried bread, is also popular. Basically, Diwali isn't complete without dessert!

In truth, while Diwali is steeped in religious history, it has also become a secular celebration in India and Sri Lanka, just like Christmas has grown to be enjoyed by many Christians and non-Christians alike in the United States.

Celebrate with us and take advantage of the incredible offer with the Promo Code: DIWALI35

You only need to pick our Sri Lanka e-Visa services as a partner throughout your journey to view the wonderful Diwali showtime. We offer a quick and convenient service. Try us out right now!

Insert the Promo Code through The e-Visa application and the service fee will be 35% OFF.