Chinese new year: a blessing for everyone!

Chinese new year: a blessing for everyone! 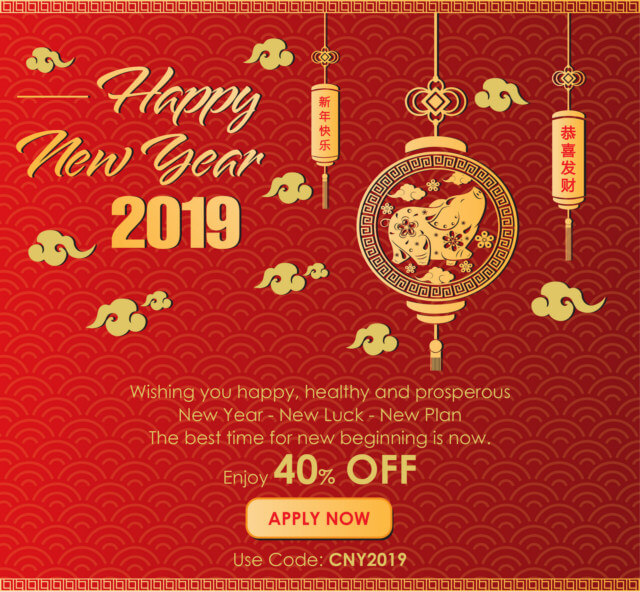 Chinese New Year are coming soon and you might have some important things on your mind: How should you spend these holidays ?

Celebrate with us and take advantage of the incredible offer with the Promo Code: CNY2019

Insert the Promo Code through The e-Visa application and service fee will be 40% OFF.

About Chinese New Year: a blessing for everyone!

The celebration of the Chinese New Year commemorates the start of a new year on the ancient lunisolar Chinese calendar. It was historically a time for deities and ancestors to be honored, but it has also become a time to feast and gather family members.

Chinese New Year has a 3,000-year history and is connected with various mythologies. The fabled beast Nian (/nyen/, which sounds the same as 'year' in Chinese) appears every Lunar New Year's Eve to consume humans and cattle, according to popular tradition.

People displayed red paper, burnt bamboo, lit candles, and dressed in red to frighten away the monster. These customs have been carried on until the present day.

Regional customs and traditions differ significantly, but they always revolve around the same theme: seeing out the old year and ushering in the good fortune and prosperity of a new year. The primary Chinese New Year activities are as follows:

What are some superstitious things you mustn't do during the Chinese New Year?

Chinese people have historically believed that the start of the year impacts the entire year; hence, the Spring Festival in China is a season of superstitions. It is thought that what something appears like (color, form) and how its name sounds determines whether it is auspicious or unlucky. There are several things you are unable to do:

If you sweep on New Year's Day, you will “sweep all your luck away.”

If you eat porridge for breakfast, you will “become impoverished in the next year.”

If you wash your clothing and hair on New Year's Day, you will “wash your wealth away.”

The Chinese lunar calendar determines the date of the Chinese New Year. The date varies from year to year, but it is usually between January 21st and February 20th. More information about Chinese New Year dates from 2023 through 2030 may be found in the paragraph below.

What is the 2023 Chinese Zodiac Animal?

According to the Chinese zodiac cycle, each Chinese year is connected with an animal sign in the following order: Rat, Ox, Tiger, Rabbit, Dragon, Snake, Horse, Goat, Monkey, Rooster, Dog, Pig. Earth, Wood, Fire, Metal, and Water are the elements associated with each zodiac sign.

How Long Is Chinese New Year?

Suppose you visit Sri Lanka around the new year, you will have a chance to watch how Sri Lanka celebrates the Chinese New Year. Who knows, you could be invited to the same traditional ritual as well. Begin arranging your vacation by obtaining an e-Visa from the Sri Lanka Immigration Services. Visit our website to see how fast and convenient our e-Visa service and other extra services are!